Indian cryptocurrency exchanges had warned that a contentious new transaction tax would reduce trading, and since the levy went into force, volumes have decreased.

Data from CoinGecko reveals that three exchanges — ZebPay, WazirX, and CoinDCX — experienced drops in the value of daily trade of between 60 and 87 percent right after the 1 percent tax deductible at source went into force on July 1. Giottus, a fourth, witnessed a 70% decline in trading, according to the chief executive. 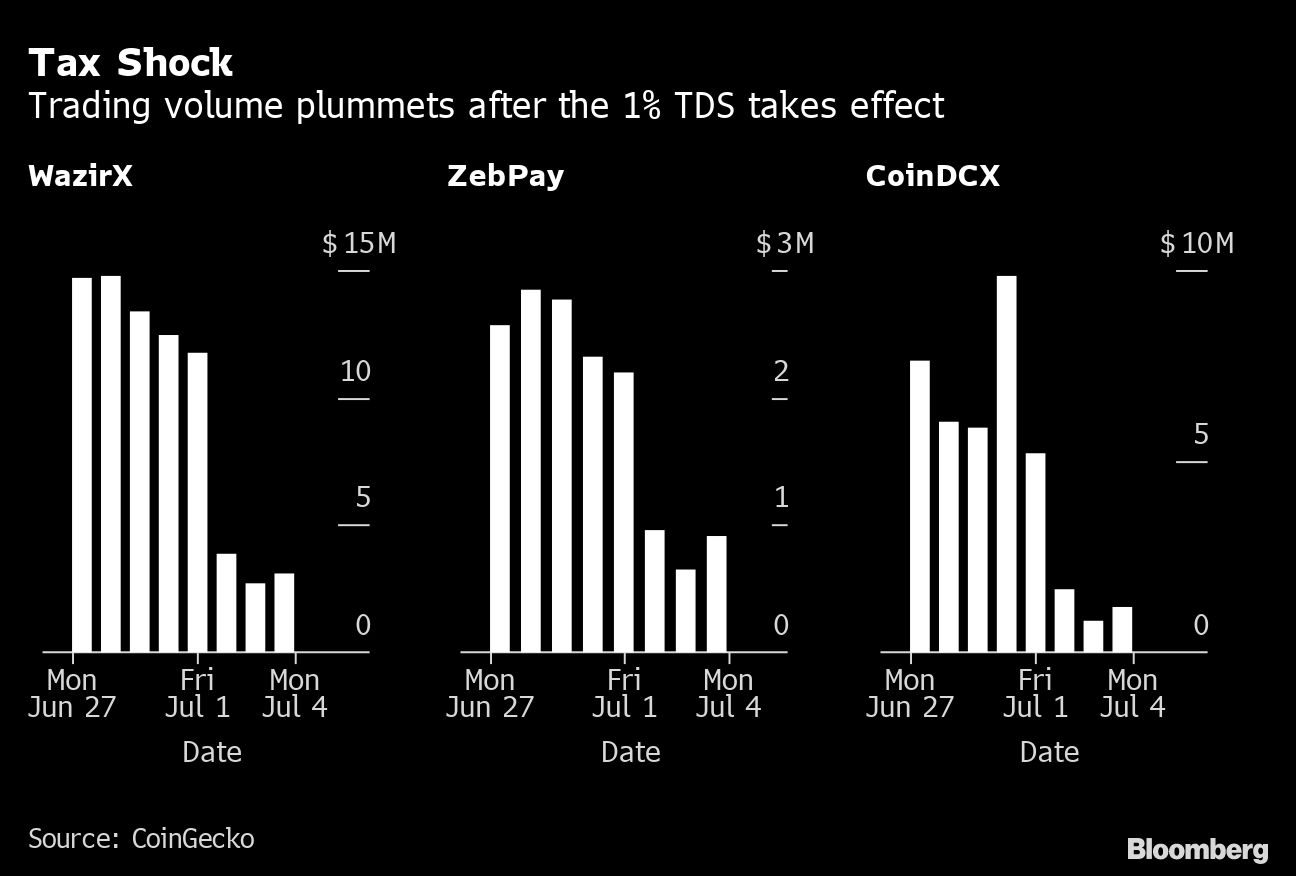 The once-hot market was depressed by a combination of falling prices, adverse tax treatment, and trouble getting cash onto exchanges, which led to those sharp losses from already low trading levels.

Binance-backed For instance, WazirX transacted $3.8 million worth of business on July 2, the day after the tax abbreviated TDS went into force, according to CoinGecko data. It would have taken less than two hours of trade in early July of last year to reach that level. (Crypto exchanges trade every day of the week, around-the-clock.)

According to WazirX Vice President Rajagopal Menon, market makers and high-frequency traders are “gone,” but long-term cryptocurrency investors continue to purchase and sell. According to him, traders are moving to so-called decentralised exchanges and engaging in more peer-to-peer trading.

In February, the government unveiled a system of taxes on digital assets that consists of the TDS and a flat 30 percent tax on profits from cryptocurrency investments. In order to handle these assets differently from stocks and bonds, it also outlawed the offsetting of losses on such assets.

Cyberattacks have had an effect on 64% of Asian businesses: Reports

Online purchases of TVs are more popular in India: CMR

In three days, the market rally increases investors’ funds by more over Rs 9…

List of Indian Prime Ministers who did not complete their tenure

After a thorough investigation of Sanjay Raut’s Mumbai house for…