If a demand-crushing recession occurs, crude oil prices might plummet to $65 per barrel by the end of this year and to $45 by the end of 2023, Citigroup Inc. has warned. According to economists like Francesco Martoccia and Ed Morse, that prognosis is based on the lack of any action from OPEC+ producers and a reduction in oil investments. The recent price of Brent, the standard for all crude, was close to $113 per barrel. 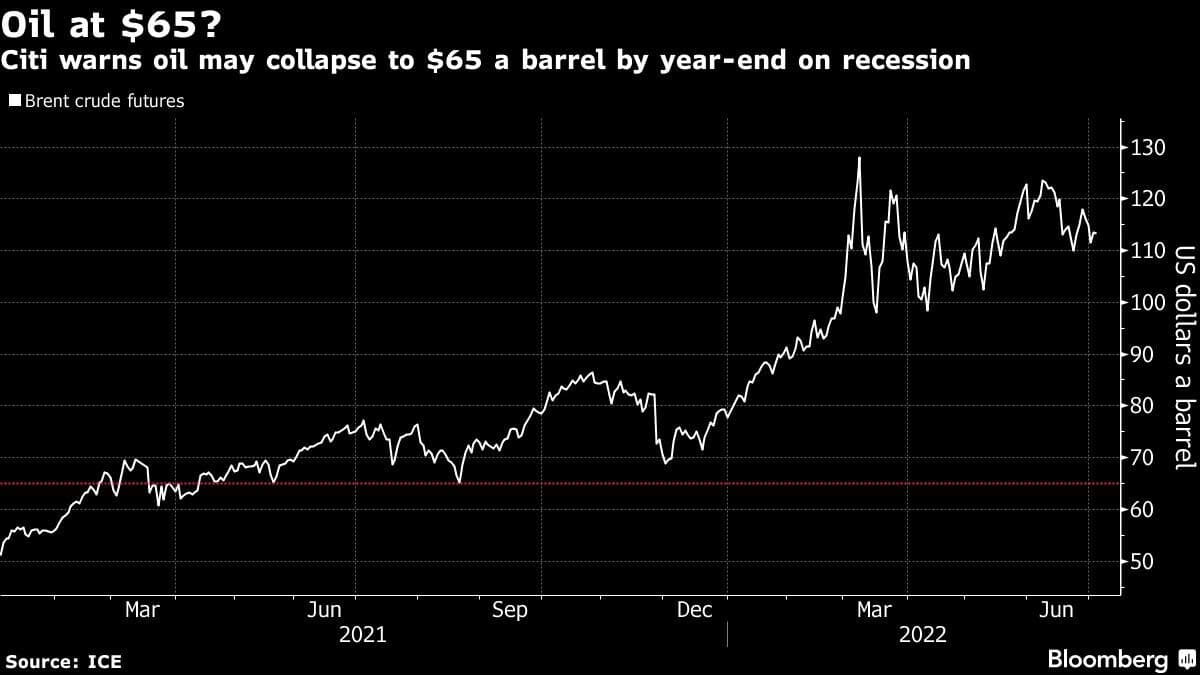 Following the invasion of Ukraine, oil prices have surged this year, and banks are now trying to predict where they will be in 2023 as central banks hike interest rates and recessionary risks increase. The energy market at now been compared to crises in the 1970s by Citi’s perspective. The bank’s economists currently do not anticipate a recession in the US. “For oil, the historical evidence suggests that oil demand goes negative only in the worst global recessions,” the Citi analysts said in the July 5 note. “But oil prices fall in all recessions to roughly the marginal cost.”

Shares of SpiceJet decrease by 2%

Up to 12.5% of Bank of Baroda’s shareholding in IndiaFirst’s insurance…

Yahoo, Paypal, and other gaming websites are blocked in Indonesia due to licence…

List of Indian Prime Ministers who did not complete their tenure

After a thorough investigation of Sanjay Raut’s Mumbai house for…